Proud to Make them Practice 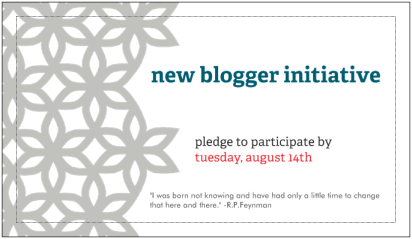 1) Find one worksheet or activity or test or unit or question or powerpoint slide or syllabus or anything that you are proud of. Share it.

My five years as a teacher have been quite a journey. I honestly cringe when I think about my first year. However, one thing I have always loved doing, and started doing my very first year, is creating my own material for my students. My favorite types of worksheets to build are riddle puzzles and problem sets to use with VersaTiles.

If you don't have a set of VersaTiles in your classroom, I highly recommend them! I will admit that the first time our math coach came to me and said "look what I bought you" I was a little skeptical. But I figured I could give anything a try (since nothing I was doing during my first year really seemed to work anyway), and not only did I love them, but the kids thought they were pretty cool too. You can buy kits for whatever grade-level and subject area you teach, but sometimes I found that what was already there wasn't exactly what I needed. So I found the book with the patterns and started making my own - most of which are on my tpt store.

In the midst of switching standards over the last few years, some topics were hard to find anything for extra practice, and that's why I made most of my VersaTile worksheets. Best of all, the kids can check their answers when they are finished!

I know I'm only supposed to share one thing I'm proud of, but I can't resist sharing about my riddle puzzles. When I was a kid, i loved puzzles and riddles. I decided to use my love of puzzles and riddles to make worksheets that would be more fun for my students. I found some jokes (usually animal themed) and created my own puzzles! Each correct answer led to the answer to the riddles! They were my main tool a few years ago, and I still like to pull them out to use.

Here's the prompt I chose:

We had a our first week of school in my system and it's been a little bit crazy.  I mentioned some changes that our school went through in this post.  We've gained a grade in a little corner of the building, and a lot of classrooms got moved (thankfully mine didn't).  It's been a little bit stressful, but we're getting into the swing of things.

I LOVE my 8th graders.  I had about half of them as 7th graders last year, so learning their names has been pretty easy.  The other thing that's helping me LOVE these kids is the behavior plan I'm trying out  from Whole Brain Teaching.  I first heard of Whole Brain Teaching when I saw the video below on pinterest.


To be honest, I thought "great if you're dealing with little guys, but could it really work with my not-so-little people?"  The answer is YES!  I introduced the five class rules on the first day (which was a half-day) and explained class-yes.  I also went over procedures for entering the class, bellwork, make-up work, etc. so that when they came in Tuesday, they would know exactly what I expected.  Tuesday, I was pretty strict about all the procedures and rules, and I made it clear how teacher/class points would be awarded.  Because most of what my procedures were new, I got several points in each class on Tuesday, but by Wednesday  my first class was determined to get more points than me.  By the end of the week, every class had either tied or beat me and so to keep up with their good days, I started making paper chains color-coded for each one to match the class color (I'm obsessed with making every class have it's own color for organization purposes) so that they could see how awesome they were doing.

The only modification I think I'm going to have to do is get a push light like this one on pinterest. The class I have after lunch is unsurprisingly my most talkative class.  That class also has two of my most challenging students, and one of them really tested me last year.  However, for the most part these two students have really just wanted to talk to me - nonstop.  So my idea is to get a push light and let them know they can't talk during a lesson.  Hopefully they will "see the light" :-)

Welcome to a new year

Well, it's that time of year again... time to start back to school.  My room is set up and "cleanish" (more organizing will surely come later).  I know basically what I'm doing for my first day of classes (our first day of school is only a half day) and just have to get the specifics down.  I'm ready to go!  Check out my room set up this year:


Well, hopefully all will go well!  Good luck to all who are starting back to school!